A look at Chef Robért Chef Robért has the sweetest calling card in Hollywood.

And if you think his chocolate chip cookies are the best you've ever tasted, and most people do, just imagine what other delights he and his crews can whip up for you.

The driving force behind Chef Robért Motion Picture & Television Catering is Robert Lamkin, who first studied under the watchful eyes of some of San Francisco's top chefs, and then perfected his craft on the sets of more than 100 movies. Since starting with Kevin Costner's epic "Dances With Wolves" (on which the crew bestowed Lamkin with the nickname "Chef Robért" in response to one of his more memorable on-set "personalities"), Lamkin has become one of the film industry's most innovative and in-demand caterers. He and his crews provide the rare mixture of exemplary culinary skills, precise attention to service details, and professionalism.

After working for several large catering companies, Lamkin set out on his own in 1998 with a single truck that he bought with his credit cards and a commercial barbecue he built himself. The company now has nine complete crews that work simultaneously on various film and television projects, as well as private affairs. "There is an old saying that an army marches on its stomach," Lamkin says. "Movie producers who hire us want their armies to march on stomachs that we fill. Invariably their armies are happier when we're cooking."

Chef Robért prides himself on the variety and creativity that goes into his catering. He can cater a 100-day film shoot without repeating a single dish. Of course, we will repeat certain dishes if popular demand requires – and it invariably does. But constant innovation is the foundation on which our company is being built. To that end, we go so far as to regularly bring in specialty and celebrity chefs to keep the fare exciting and the crew happy.

"We enjoy excellent client relationships, and there are a number of reasons for that," the chef says. "First and foremost is our strict commitment to both quality and cleanliness. No matter the budget, we only serve the freshest ingredients, and we are always creative and flexible. We also pride ourselves in our unsurpassed dedication to cleanliness and food safety. Our  65,000 square foot facility is fully compliant with all Health Department, City, County and State regulations. Further, all of our mobile kitchens and support trucks are state of the art. We also make a point to get to know as many of the crew members as possible. In that way, we are assured that everyone's needs are met. There is a trust level built when the relationship extends beyond the food."

When he is not in the kitchen, Chef Robért is an active supporter of a variety of community causes. For example, Chef Robért Catering sponsors and produces the enormously successful annual "Chef Robért Class Act Bake-Off" at Joaquin Miller High School in Reseda, a school for students with special needs. The students compete with their favorite cookie recipes in hopes of winning an internship with Chef Robért on a movie or television production. In addition to being a thrill for the student competitors, a goal of the Bake-Off is to help create awareness in the community of the viability of these students as productive members of the workforce. Chef Robért also supports Chrysalis, a nonprofit organization dedicated to helping economically disadvantaged and homeless individuals become self-sufficient through employment opportunities. Chef Robért Catering has enthusiastically hired two employees though the Chrysalis organization and plans to participate in numerous Chrysalis fundraising events.

Chef Robért enjoys golfing, skydiving, and snow skiing, as well as investing in real estate and the stock market. He still squeezes in the time to perfect his latest homemade gourmet ice cream recipes. This will undoubtedly make you very happy. 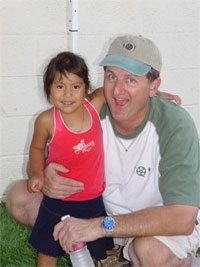 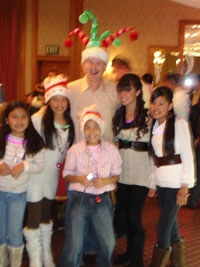 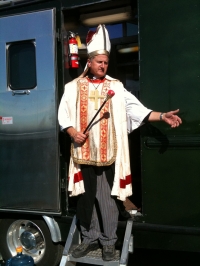 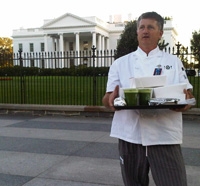 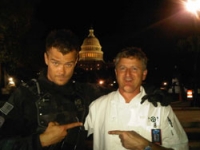 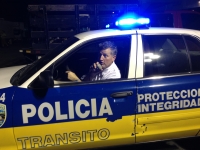